What To See In Chiang Rai?

Chiang Mai and Chiang Rai are the most popular destinations in the northern part of Thailand. The mountainous cities, historic attractions, and important economic industry. Chiang Rai is only about several hours away by bus. Either you take a tour from Chiang Mai or just stay a couple of nights there for enough time to explore this pretty city and interesting tourist places. The one day tour in Chiang Rai is the most recommended to see all the places in a day.

Known as the White Temple for visitors. A private art exhibit in the style of Buddhist Temples owned by a local artist in Chiang Rai, Chalermchai Kositpipat who designed and rebuild over the original Wat Rong Khun that was almost completely ruined and can not be renovated at the end of the 20th century. It is now one of the most visiting temples in Chiang Rai.

The seconds most popular temple to visit in Rong Suea Ten district that only takes around ten to twenty minutes cycling or ten minutes by bike. The magnificent blue coloring temple with the golden carving decorations and a large white Buddha statue at the inside. The standing White Buddha at the back and other spectacular sculptures all around. The temple is very picturesque.

Known as Baandam Museum, located in the northern part of the city that takes around fifteen to twenty minutes to drive from Wat Rong Suea Ten. The House is owned by Thawan Duchanee, a national local artist, architecture, and sculptor from Chiang Rai. A very intriguing place of his art collections. It cost 80 Baht for all Thai and Non-Thai visitors to enter in this art museum garden.

Fifteen minutes away from the black house and about twenty-five minutes from the Tea plantation of Choui Fong. The village is located in Mae Chan district, Chiang Rai. It cost 300 Baht for the entrance fee. Their houses are just behind their souvenir shops, in this village that you can visit both at the same time.

Another half an hour drive from the black house (Baan Dam museum) to an enchanting tea plantation of Choui Fong with a gorgeous view of mountainous surrounded and a great place for snacks or lunch break at the top hill terrace. You’ll have a free tea tasting with many different fragrances and flavors.

Almost an hour’s drive from the plantation to the northern part of Chiang Rai province. Chiang Saen district, bordered Myanmar and Laos, an important Thailand’s trade with other countries by the upper part of the Mekong River. Some other attractions are the big buddha statues on the riverbank of the Mekong, Wat Prathat Pukhao, Opium Museum, and the famous Golden Triangle.

The triple border between Thailand, Myanmar, and Laos at the influence of Ruak and the Mekong River. One of the world’s largest opium-producing areas after Afghanistan. The view of the three countries can be seen from the monument on the top hill where Wat Prathat Pukhao pagoda is.

A night out area for locals and tourists in the capital city of Chiang Rai. A night shopping centre for handicrafts and handmade souvenirs. Very affordable tasty Thai foods and drinks with two different courts. To find your favourite souvenir and eat your favourite Thai food while entertained by the local artists on the stage.

One of my favorite things to do is to explore the big city by bike. Go and visit monuments all around, a way to find the hidden gems and how to travel like a local.

Check out my video of Chiang Mai & Chiang Rai Trip.

Categories: AsiaThailand
Tags: Chiang RaiThailandThings to do in Chiang Rai 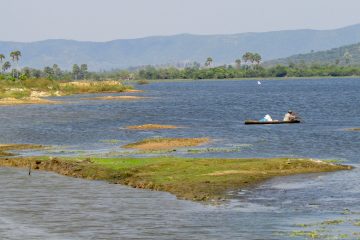 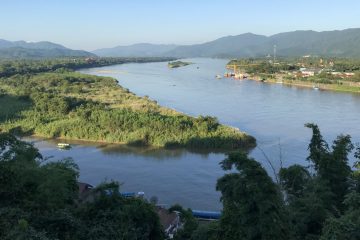 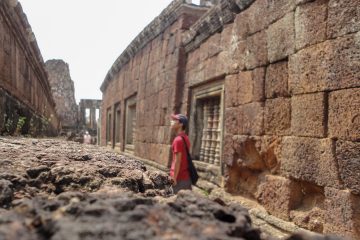