Where to Visit in Germany?

Saarschleife, one of the most famous sights in Saarland, located in Mettlach, Orscholz. The huge area of the park and the amazing view of the valley and river from the top of Saarschleife Cloef, the entire view of Mettlach ridges, make the place very popular to visit, for sports activities, as a walk, hike, or jog, with love, friends, family, and pets.

Losheim am See, is another popular park for recreational activities such as walking, jogging, hiking, and even swimming. It is located in the Merzig-Wadern district, just around twenty minutes drive from Mettlach, Saarland, Germany.

Trier, a tourist attraction with Porta Nigra, basilica, and other Roman ruins, is just around 40 minute’s drive from Losheim and about an hour and a half from Saarbrücken. It is located on the banks of the Moselle next to the border of Luxembourg. Trier is considered the oldest city in Germany.

Bernkastel Kues, an hour’s drive from Trier city, is a well-known winegrowing region in the middle of Moselle. A beautiful small town with plenty of tour activities and one of the most tourist attractions in Rhineland-Palatinate, Germany. The Most attractive place in town is the Mediaeval Marketplace with its gambled timber-frame houses since the 17th century, the boat trip, and cycling along the river of Moselle.

Traben Trarbach is just another half an hour away from Bernkastel Kues. Traben lies on the left bank of the Moselle and Trabach lies on the Hunsrück. Either from Traben-Trarbach to Bernkastel-Kues or turning back around, cycling will be the way to entertain the trip.

Cochem, another one-hour drive from Traben-Trarbach is the famous castle that lies on the left bank of the Moselle. The Reichsburg Castle known as Cochem Castle is very attractive with its beauty, history, and incredible view of the entire town from the top of the castle.

Burg Eltz, take about half an hour from Cochem to reach the Eltz, a castle that has never been destroyed and is still owned by the same family of (Eltz family) that lived there in the 12 century. The castle is surrounded by the Eifel (mountain range) and three sides of the Elzback River, about 15 minutes walk from the car park through a lovely forest to reach it.

Heidelberg, is two hours drive from Eltz, a popular tourist destination with its well-known cityscape, the castle, the old town, the old bridge over the river, the walkway (Philosopher’s Walk), and the famous University of Heidelberg.

Saarbrücken, from Heidelberg, is around two hours drive next to the French border, the capital and largest city in Saarland, where the Völklingen Ironworks (located in Völklingen), the European Route of Industrial Heritage (ERIH) and the UNESCO world heritage site since in 1994.

Burg Hohenzollern, is nearly four hours’ drive from Saarbrücken, near Bisingen town and the famous of Black-Forest, one of the most visited castles. The castle can be seen from miles as its located on the hilltop of Mount Hohenzollern.

Lindau Bodensee, here’s another two hours and a half hours to reach the Lake, bordered by triple countries, Lindau Germany, Bregenz Austria, and Goldach Switzerland. They all look beautiful in their own way.

Neuschwanstein, the most highlighted tourist destination in Germany, is just about an hour and a half from Bodensee Lake, busy with tourists. Around a 35-45 minutes walk from the ticket counter to the castle. To get the best view of the castle is by trek and hike to another mountaintop.

Berchtesgaden, another three hours from Schwangau. One-day hiking on snow to the top of Maria Gern, Berchtesgaden mounts for the view of Bavaria Alps.

Königssee, just only fifteen minutes away from Maria Gern, a walk or jog, hike, or trek to visit a stunning hidden Lake surrounded by the Berchtesgaden Alps, Bavaria.

Berlin is the capital and largest city of Germany. A second-most populous in the European Union after London.

Want to read more about Germany? 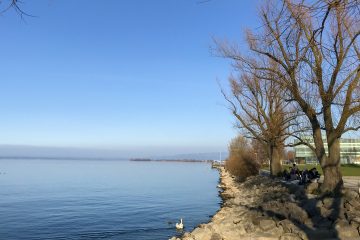 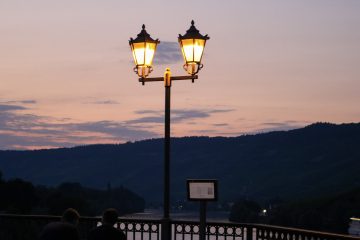 If you only have short time to visit Germany, here are places that you need to go, see and do these activities.